Pot Was Flying Off the Shelves in Uruguay. Then U.S. Banks Weighed In. 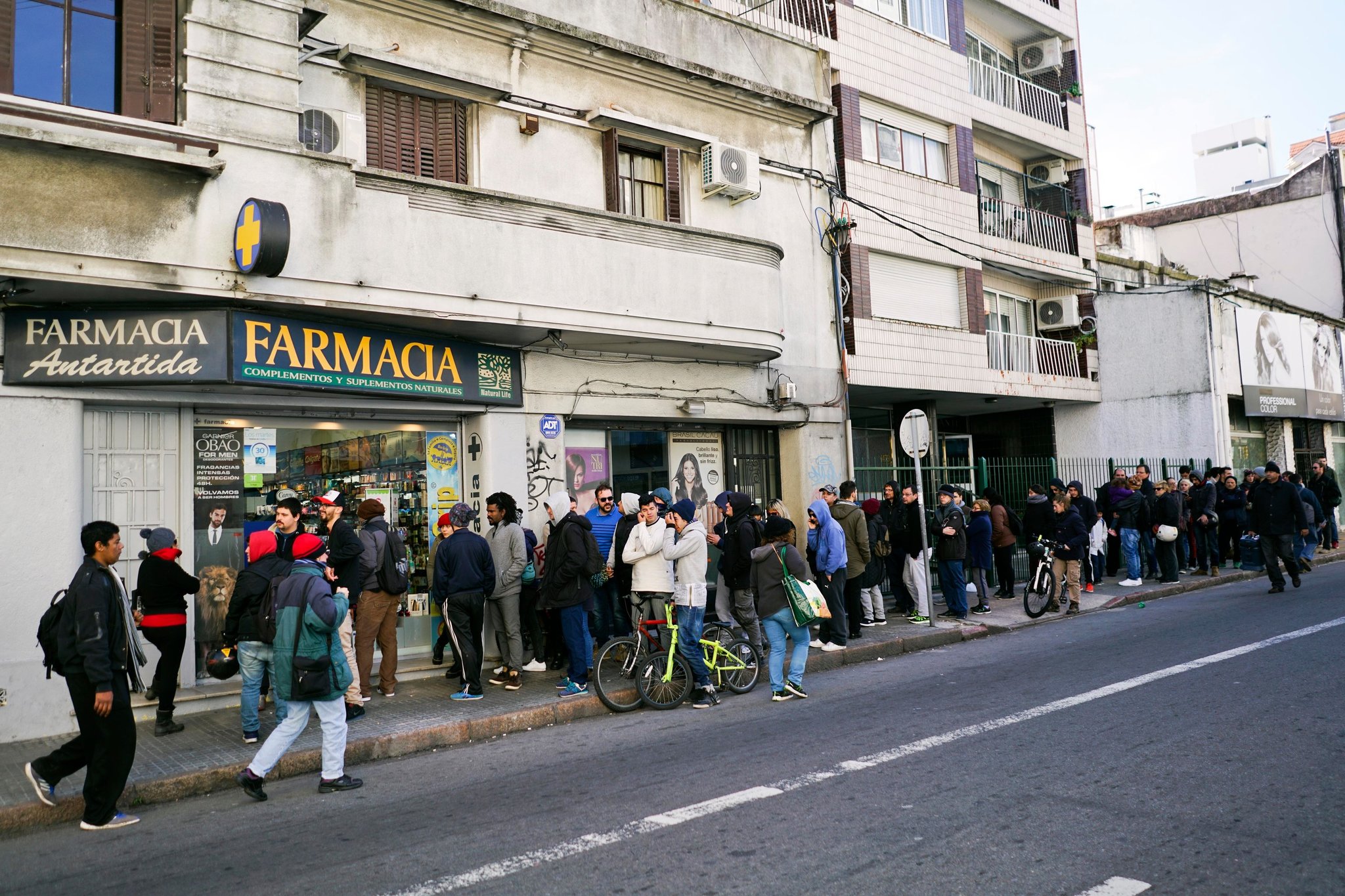 The pharmacies selling pot were doing a brisk business.

After Uruguay became the first country in the world to fully legalize marijuana sales for recreational use last month, some of the pharmacies struggled to keep up with the demand.

Then came the stern letters from American banks.

The letters immediately sent officials in Uruguay scrambling to make sense of the Patriot Act and other American laws that could doom an essential part of their country’s new marijuana market.

American banks, including Bank of America, said that they would stop doing business with banks in Uruguay that provide services for those state-controlled sales.

Afraid of losing access to the American banking system, Uruguayan banks warned some of the pharmacies over the last couple of weeks that their accounts would be shut down, potentially signaling a broader international impasse as other countries, including Canada, set out to legalize marijuana.

“We can’t hold out false hope,” President Tabaré Vázquez of Uruguay told reporters this week, adding that his administration was trying to come up with a solution.

The snag mirrors challenges that such businesses have faced in American states that have legalized medical and recreational cannabis. Under the Patriot Act, which was passed weeks after the attacks of Sept. 11, 2001, it is unlawful for American financial institutions to do business with dealers of certain controlled substances, including marijuana. The provisions were designed to curb money laundering and drug trafficking. 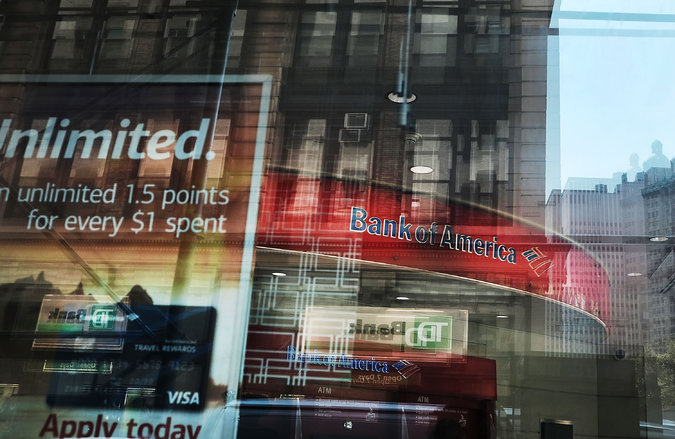 American banks, including Bank of America, said they would stop doing business with banks in Uruguay that provide services for the country’s state-controlled marijuana sales. Credit Spencer Platt/Getty Images

The Obama administration indicated in 2014 that banks were unlikely to face penalties for offering services to marijuana businesses in states where the trade is legal, as long they screened accounts for signs of money laundering and ensured that customers followed state guidelines. This enabled some of the businesses to get accounts at credit unions, but major banks have largely stayed away from the expanding industry, concluding that the burdens and risks of doing business with marijuana sellers were not worth the hassle.

“Banks are businesses, and they can pick and choose who they do business with,” said Frank Robison, a lawyer in Colorado who specializes in marijuana regulation. “From a banking industry perspective, the marijuana industry might be perceived as a flea on a dog’s back.”

Several pot businesses in states like Colorado and Washington — the first to legalize recreational marijuana — have opted to remain cash-only businesses. Others have found small banks willing to take a calculated risk.

But finding a workaround in Uruguay may be hard. Sales of marijuana represent a small share of business for pharmacies, which are currently the only merchants licensed to sell it, and the pharmacies say they need banking services to operate.

Similarly, bankers in Uruguay will probably find it much more important to remain in good standing with American financial institutions than to preserve the accounts of a small number of pharmacies.

The threat of losing their bank accounts has led some of the roughly 15 pharmacies that initially signed up to participate in the new market to give up on marijuana sales, said Pablo Durán, a legal expert at the Center of Pharmacies in Uruguay, a trade group. Twenty other pharmacies that were expected to join the market are holding off while the government explores solutions, he said.

The American regulations are counterproductive, supporters of the legal market in Uruguay contend, because they may inadvertently encourage, not prevent, illicit drug sales.

Fighting drug trafficking was one of the main reasons the Uruguayan government gave for legalizing recreational marijuana. Officials spent years developing a complex regulatory framework that permits people to grow a limited supply of cannabis themselves or buy it at pharmacies for less than the black market rate. Lawmakers hoped that legal structure would undercut illicit marijuana cultivation and sales.

“There probably isn’t a trade in Uruguay today that is more controlled than cannabis sale,” Mr. Durán said.

As a candidate, President Trump said that American states should be free to chart their own courses on marijuana, and he promised to pare back regulation in the financial sector. Attorney General Jeff Sessions, however, has been a sharp critic of legalization and has compared marijuana to heroin.

Now, some members of the cannabis industry wonder whether the United States government will resolve the conflict between its banking laws and the expanding patchwork of measures to legalize recreational and medical marijuana use around the world. The guidance from the Obama administration, issued by the Justice and Treasury Departments in a pair of memos in 2014, addressed the matter domestically but not for international banking.

“Uruguay may be the tip of the iceberg,” said Mr. Robison, the Colorado lawyer who specializes in marijuana regulation.

Pharmacists in Uruguay were incredulous to learn that their bank accounts could be shut down, considering the years of study and planning that preceded the start of retail marijuana sales last month. The country’s marijuana law was passed in 2013.

“We can’t understand how the government didn’t have the foresight to anticipate this,” said Gabriel Bachini, a pharmacy owner in the coastal city of Colonia. 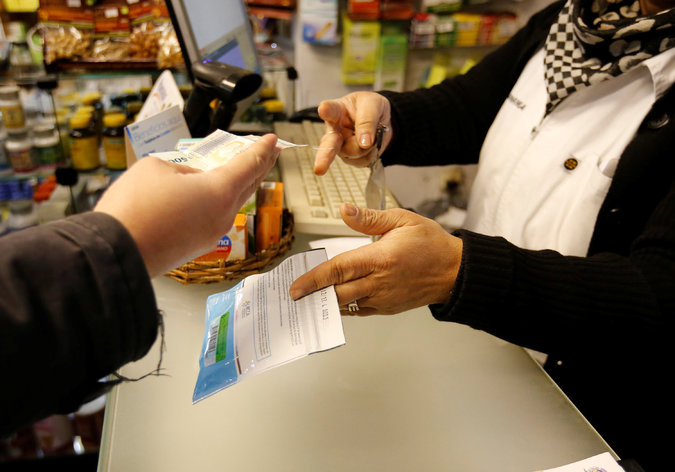 Buying marijuana in a pharmacy in Montevideo. Credit Andres Stapff/Reuters

Since sales began, the number of registered buyers in Uruguay has more than doubled. As of Aug. 15, more than 12,500 people had enrolled in a system that verifies customers’ identities with fingerprint scanners and allows them to buy up to 40 grams per month (at a price of about $13 for 10 grams, enough for about 15 joints, advocates say). Under the law, only Uruguayan citizens and legal permanent residents are allowed to buy or grow marijuana.

“Demand has been very strong,” Mr. Bachini said. “People are thrilled that they no longer have to go to private homes or venture out into neighborhoods” to get marijuana.

In emailed statements, the Treasury and Justice Departments said that their earlier guidance was still being applied. But banking and legal experts say the Trump administration has yet to lay down clear markers on this area of policy.

Officials in Uruguay are hopeful that American lawmakers will pass legislation allowing banks to do business with marijuana sellers in states and countries where it is regulated. Representative Ed Perlmutter, Democrat of Colorado, introduced a bill in April that would do that, but marijuana advocates say they do not expect a prompt legislative change.

“It is ironic that laws aimed at fighting drug trafficking and money laundering have created a roadblock for a system that intends to do just that,” said Hannah Hetzer, an analyst at the Drug Policy Alliance, which supports decriminalization of marijuana. “Uruguay is creating a legal market that displaces the illicit marijuana market.”

Mr. Bachini, the pharmacist, said he had not yet heard from his bank. But if it threatens to shut down his account, he said, he will not think twice about giving up marijuana sales.

“This pharmacy has been around for 30 years,” he said. “I’d just stop until this issue with the United States is resolved.”

An earlier version of this article misidentified the state that Ed Perlmutter represents in the House. It is Colorado, not Oregon.

A version of this article appears in print on August 26, 2017, on Page A1 of the New York edition with the headline: Uruguay’s Legal Pot Is Imperiled by U.S. Banks. Order Reprints| Today’s Paper|Subscribe