Tags:
Karen Tandy, Administrator for the DEA, admits the truth

The US Drug Enforcement Administration admitted on the day of Marc Emery’s arrest that his investigation and extradition were politically motivated, designed to target the Marijuana Legalization organization that Emery spearheaded and ran for over a decade in Canada.

His marijuana trade and propagandist marijuana magazine have generated nearly $5 million a year in profits that bolstered his trafficking efforts, but those have gone up in smoke today.

Emery and his organization had been designated as one of the Attorney General’s most wanted international drug trafficking organizational targets — one of only 46 in the world and the only one from Canada.

Hundreds of thousands of dollars of Emery’s illicit profits are known to have been channeled to marijuana legalization groups active in the United States and Canada. Drug legalization lobbyists now have one less pot of money to rely on. 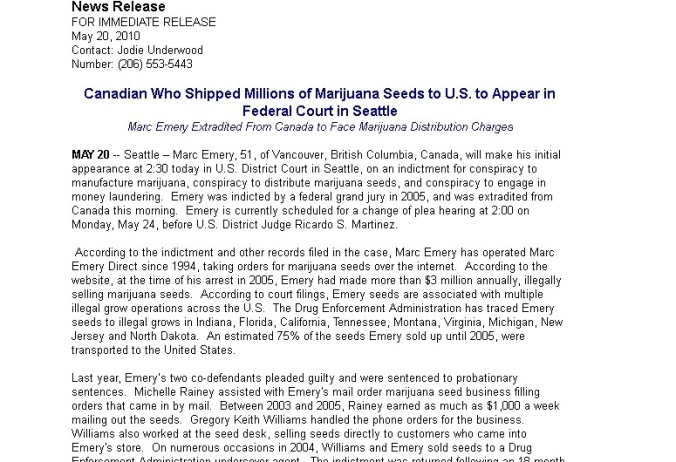 4 thoughts on “Marc Emery, Cannabis Culture and the DEA”